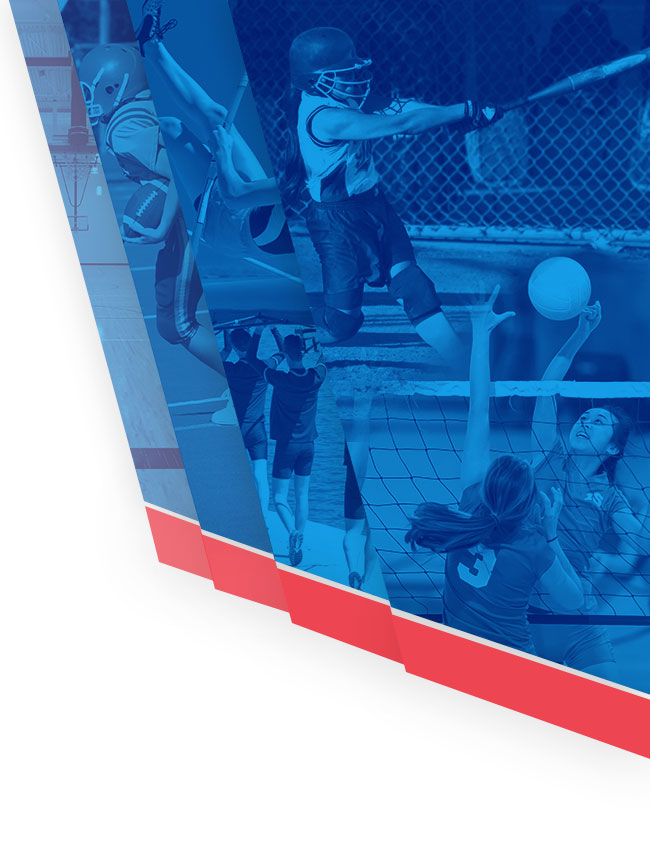 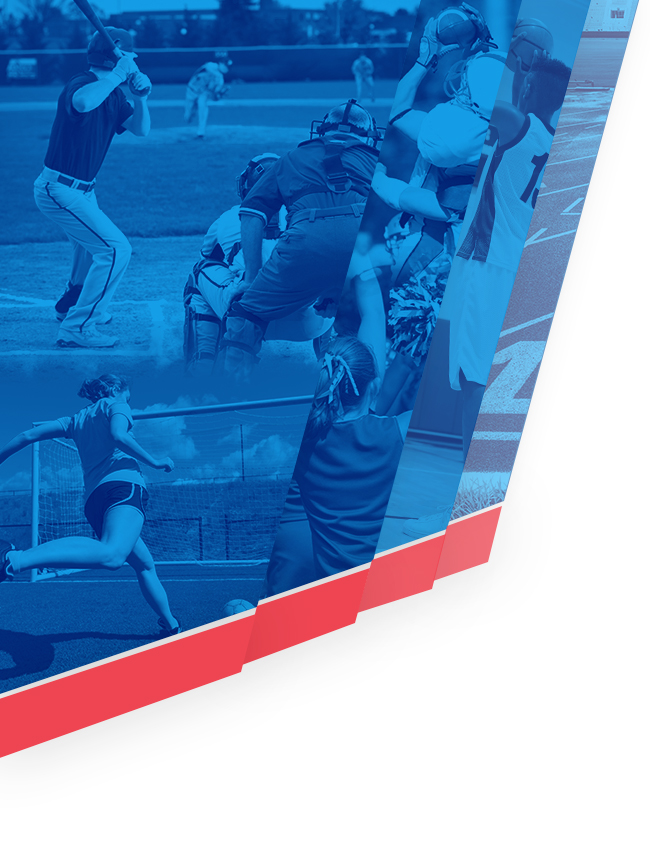 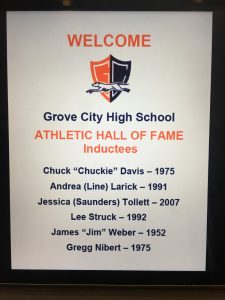 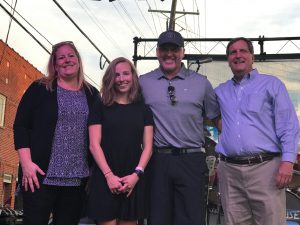 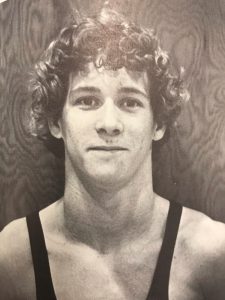 Davis, a two-time All-State competitor, placed second in the state as a junior and was a state champion as a senior.  He led Greyhound grapplers to third place at the state meet his senior year – the best wrestling team finish in GCHS history.

Davis was awarded a wrestling scholarship to the University of Colorado where he earned NCAA Division I All-American honors as a freshmen. 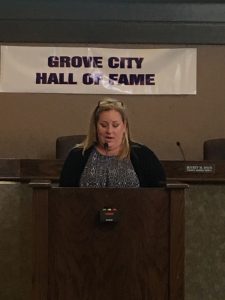 Andrea pitched three no-hitters and a perfect game during her career.  She was a star player on the mound and at the plate on teams that had a combined record of 68-13 (.840 winning pct.)

Line was awarded a softball scholarship to The Ohio State University and lettered as a freshmen.  Andrea transferred to Miami University where she graduated in 1995.

Andrea is married to GCHS grad, Mike Larick and lives in Farmington, Michigan with their children Katie and Meagan.  She is president of TickTock, LLC, a professional event planning company. 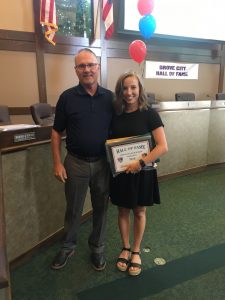 Saunders led Greyhound gymnasts to two OCC team championships as a junior and senior, and a fourth place finish at the state meet as a senior – the best gymnastics team finish in GCHS history.

Jessica and her husband Justin live in Grove City and had their first child in May.  She is a medical dosimetrist for Ohio Health at Riverside Methodist Hospital. 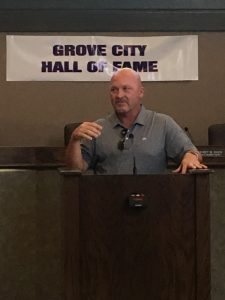 As a DB, wingback and kick returner, Struck helped lead the Greyhounds to three undefeated OCC championships, three state playoff appearances, and an overall record of 29-4 during his football career.  GCHS Hall of Fame coach Brian Cross called Lee “the best football player” he had ever coached.

Struck earned a football scholarship to the University of Toledo where he played defensive back.

Lee lives in Powell with his wife Cam and their children Abigail, Sidney and Jake.  He is a mortgage loan officer with Huntington Bank.  Lee and Cam are the owners of the Primrose School at Golf Villages in Powell. 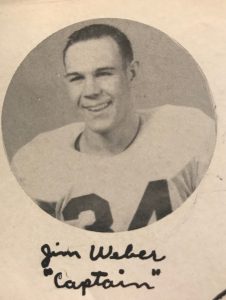 Jim Weber graduated from Grove City High School in 1952 and would be a Greyhound for life.  As a student-athlete, he was All-Mid-Six League in football as a junior and senior and All-Mid Six in baseball as a senior.

After graduating from the University of Dayton with a degree in education and serving as a Captain in the U.S. Army, Jim returned to his alma mater to teach and coach.  He was Grove City’s head football coach for four seasons (1961-64) and head track coach for eight years (1962-69).

Weber was named athletic director in 1965 and during his 22-year tenure as A.D., he directed the largest expansion of athletic programs and facilities in school history – with the advent of girls’ sports and the construction of the new football stadium, baseball, softball and soccer fields, tennis courts and all-weather track.

He also guided GCHS’s entry into two athletic conferences, the old Central Ohio League and the Ohio Capital Conference.  Jim was inducted into the OCC Hall of Fame in 2001.

Mr. Weber received a Master’s degree in Educational Administration from Xavier University and retired from Grove City High School in 1987 as an assistant principal and athletic director.  Jim passed away in 2011 at age 77.  He is survived by his sons, Rich and Mike. 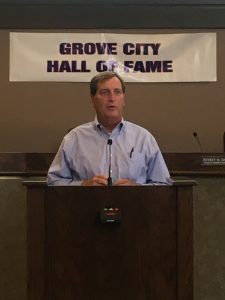 Gregg Nibert, a 1975 graduate, was a two-year starting quarterback in football and point guard in basketball.  He played on two Mid-Eight League championship basketball teams at GCHS and played college basketball at Marietta College where he was named MVP his senior season.

Nibert was the head basketball coach at Presbyterian College for 28 seasons and is the all-time winningest coach in the program’s history with 400+ victories.

Since 2006, Gregg and his wife Peggy have been foster parents for 50 infants suffering from the effects of abuse, neglect and substance abuse.  Gregg and Peggy received the National Association of Basketball Coaches (NABC) Guardians of Game service award.  And the Nibert’s family calling — “A Mother’s Mission” — was featured on an ESPN’s Sports Center special.

Gregg and Peggy reside in Clinton, South Carolina.  Gregg is currently teaching physical education and assisting with the football and basketball programs at Spartanburg Christian Academy.  Their sons, Shaun is a regional manager for Orange Theory in Charleston, SC, and Van is a law student at Wake Forest University.